Welcome to my website! I'm starting with audio from my former original project, Triadic. Triadic was a 4 piece original rock band in Connecticut that I started with my longtime drummer Jeff Madore and a brilliant singer named Trish Radil. After spending some time writing, we added Fee Vechitto on bass and began playing in front of small crowds who received us very well. We recorded an 8 song EP called Arrival in 2007 which is available on Amazon and iTunes.

So, I joined Twitter and Instagram some time ago. I never really used them, though. Unlike Facebook, I didn't feel it was very personal. But recently, after building the website and diving into this musical endeavor, I decided to give them another shot. I've found that Twitter, in particular, is a very useful tool for interacting with other artists, fans of those artists and manufacturers. Instagram has been surprisingly useful there too. After interacting with The Aristocrats a few times, they began following me. Now, as an enormous fan, that left me on a high I still haven't come down from. Now, it does seem a little silly, but let's face it, everyone would be flattered for people they admire so much to follow their social media endeavors.
Now, I happen to be fortunate to be friends with Kelly Keeling. If you aren't familiar, you should be. He's an amazing singer. Many, many people think so. I mean, you don't sing in Trans-Siberian Orchestra because you're "pretty good". Yesterday, Kelly saw a post of mine with my newest guitar and it led to him inquiring about my interest to perform a few gigs with him as Vinnie Moore is busy with UFO and performed the parts on the original recordings for Red Zone Rider. My presence on Instagram sparked the idea in his head. Might he have thought of it otherwise? Possibly. We've spoken about performing together before. But this was a direct correlation. So I am glad I made the decision to use social media more broadly. As for the gigs, I'll certainly keep you posted if they develop!

To paraphrase Steve Morse:
"If it sounds good, it is good."
"Remember, you're never more than 1 fret away from the note you want. Or at least one that will work,"
?

So, in January 2008, I attended the NAMM Show in Anaheim, CA. At the time I was managing my local, hometown music store, The New Milford Music Center. Ron "Bumblefoot" Thal was spending most of his time at the Vigier Guitars booth promoting the Vigier Bumblefoot signature models, I spent most of my time at the show at the same booth watching and listening to this man play. He is masterful on the guitar. Frighteningly so, in fact. The best advice he had was to stop overthinking everything and "just put your fucking fingers on the guitar and play it. That's it!" Sadly, I missed my opportunity to see Guthrie Govan perform at the show and be exposed to his greatness much sooner.

We became, at the time, MySpace friends and then eventually Facebook friends. Now, we aren't buds or anything, but it's cool to get to hear about his endeavors firsthand. Well, a few weeks ago, he posted an update saying he was having a CD listening party in Brooklyn for his new album and he wanted the first 100 respondents who could attend to come listen to the album, enjoy some pizza and beer, then sing along in group for him to record group vocals which will now be mixed into the record. I couldn't pass that up. As a bartender, I work Friday nights. It's the best money night for me, but it was good for my soul and the sort of thing you kick yourself for missing later if you pass it up. It's worth it for the experience. And of course, my name will appear in the album credits and I get a copy of the record. That's good enough for me! When the next Bumblefoot album comes out, I'm sure I'll let you all know and post links.

So the experience was great for a few reasons. I got to, once again, stand a few feet from one of my biggest idols and listen to him play his new record for me. We got to chat about what was going on in his head when he wrote the tunes and most importantly, it provided an incredible amount of inspiration. Inspiration can come from a number of places. Sometimes it's an emotional event. Sometimes you hear a phrase or a monologue that inspires a feeling or idea. But my greatest inspiration for creativity comes from the creativity of others. Particularly when I can watch it happen. When someone creates something that moves me some way, whether it be emotionally, technically or just knocks me over, it makes me eager to do something I haven't done yet.

I don't get discouraged. I never have. There was never a question of whether I would play guitar. There was never a question of how much I could achieve on the guitar. I always approached it with curiosity and determination. The only thing I've been consistently confident in my whole life is my ability to play. When I would hear and or see a guitar player do something the impressed me, I always sought out how to achieve it. Watching Steve Morse or Steve Vai or Allan Holdsworth or John Petrucci play amazing things never gave me the "I might as well give up" feeling so many other players had. I just always felt determined to figure it out. Except Yngwie. I admit, I consciously decided not to delve too deep into neo-classical because I figured he had that covered as well as anyone ever could. Haha. But otherwise, I go after everything. And I love the neo-classical thing. But really my main reason for not focusing too much is because I don't feel there's much call for it. And when there is, they call the virtuous Swede himself.

So whatever you do, play. Be inspired, not discouraged. And don't compare yourself to others. I've been playing guitar for almost 28 years. And I know no matter what I do, Steve Morse has been playing for 20 years more than that. Why chase someone else's legacy? Just make your own. And when Bumblefoot handed me the Vigier Surfretter (fretless guitar) at The NAMM Show, I didn't get nervous. I'd played fretless bass, so I wasn't totally unfamiliar. I played really well. He complimented my playing. Then I did something that made him laugh. He said, "that's fuckin' cool! What was that?" So I showed him. Ron "Bumblefoot" fucking Thal thought something I played was cool enough to ask me to show him. So guess what, no matter how incredible your favorite players are, they still hear things in other players that inspire them. They may even hear it in you! 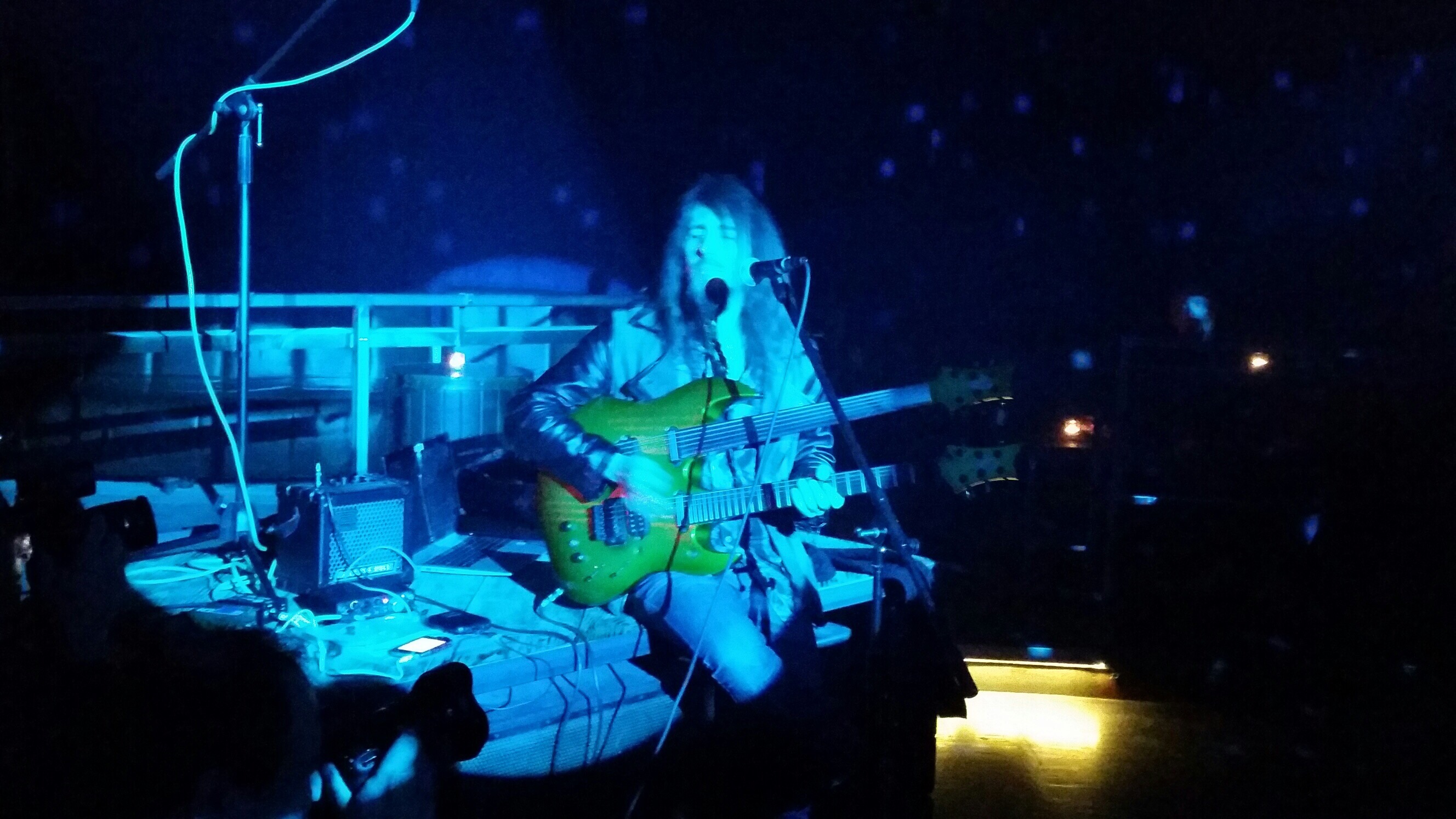